Controversial Archnemesis System Will Be Removed From Path of Exile 3.20

On November 18th, Grinding Gear Games announced the second balance manifesto for Path of Exile 3.20. In addition to briefly introducing content adjustments that may appear in the new expansion, the balance manifesto mainly addresses an issue that has been very controversial.

The theme of this balance manifesto is: Monster Mods and Archnemesis. From the title, we can clearly see that the content changes in the new expansion are mainly about these aspects. Among them, the most surprising thing for players is that there will be new monster mods in Path of Exile 3.20 to replace the controversial Archnemesis system.

Grinding Gear Games explained in the article that since players have been disappointed with the "MF culling" build requirements, they are introducing new monster mods this time, with the purpose of creating clearer new mods and related reward system. Grinding Gear Games mainly introduced the goals of the new mods from four aspects.

*The previous Archnemesis mods were bound with many kinds of large or small effects, making it difficult for players to understand what these mods do. Therefore, Grinding Gear Games plans to design each new mod to only do one specific thing.

*Previously keyworded mod names did not specifically describe what they did. According to this issue, Grinding Gear Games plans to flesh out what the new mods will do. That way you'll know exactly what they're for and don't have to pay too much attention to their themes or names. For example, "incendiary" names will be replaced with clearer, simpler titles such as 'Ignites' or 'Fire and Ignite Resistant'. This will make it easier for players to understand the effects of these mods. 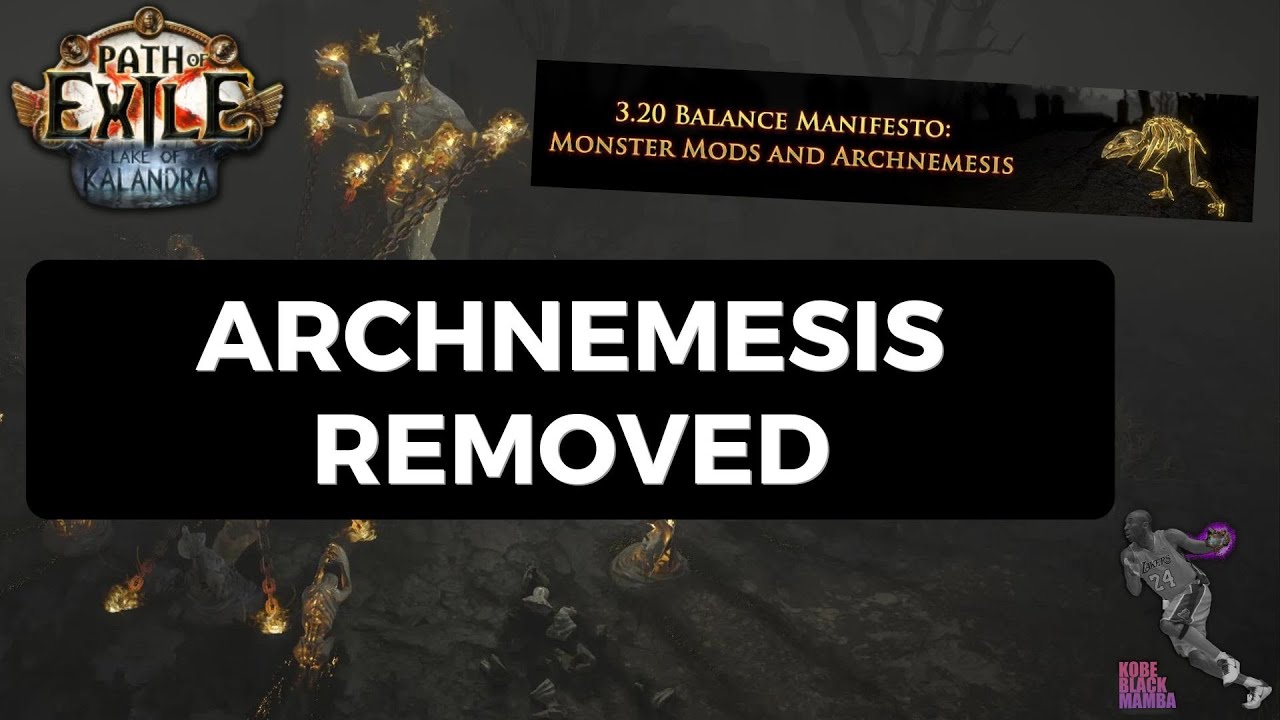 *Encounters are also more complex due to the number of effects included in a single mod. In response to this problem, Grinding Gear Games has simplified encounters on average but still retains interesting combat. This means that interesting and challenging encounters caused by overlapping mods (like spawning volatiles or ground effects on death) will still happen, just not as often as before.

*Archnemesis rewards are set up in such a way that many players feel they can't just kill one monster, they have to consider whether to bring a magic find character to maximize the reward. And in the new expansion, Grinding Gear Games added a ton of new rewards for rare POE Items. But you have to be aware that the rewards for those given monsters are hidden. Only when you kill these monsters, you will know what will drop from them. This also means that rare monsters with more mods are more likely to have these special hidden bonus mods.

Grinding Gear Games concludes at the end of the article that rare monsters in the new expansion will likely have 2-4 mods and each additional mod will reward the player with life, experience, item rarity, and item count accordingly. Overall, the new system is more modern and fun than the old monster mod/nemesis system, and clearer and easier to understand than Archnemesis in the heat of battle.

To learn more about Path of Exile 3.20, please follow this website. Once any new news is released, we will update it on this website in time. Besides, to offer you convenience, we also have POE 3.20 Currency for sale here. Looking forward to your arrival!

Next: Path of Exile's Third Event in November 2022: Delirium Everywhere
Previous: Path of Exile: Details On The Latest Progress Of Endless Delve Event And 3.20 Balance Manifesto