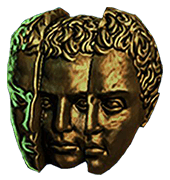 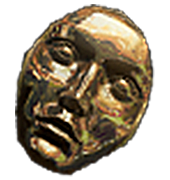 Path of Exile 3.20 expansion comes up to a massive overhaul, first thing first, one of the biggest updates must be the remove of Archnemesis. On the other hand, GGG also does lots of other updates like Jewels reworks, build buffs and nerfs, etc.

The Forbidden Sanctum must be the most exciting new mode in Path of Exile history, brand new Rouge like experiences bring more possibilities to POE 3.20. Each of the floors has a boss waiting for you to defeat. But in reality, they don't cause you too much trouble. While you're running, you'll also inadvertently enter what Grinding Gear Games's CEO Chris Wilson calls an 'affected' room. This is your big problem. At first, your characters will likely suffer only minor and major pain when entering these rooms. You just need to find boons of varying strengths to balance or counteract these pains. However, as you keep running, these pains will continue to accumulate on you. Therefore, the further you run, not only will your condition become worse and worse, but the challenges you face will also become more difficult.

You'll be able to play The Forbidden Sanctum expansion for free on December 9th (PST) on PC and Mac and on December 14th (PST) on Xbox and PlayStation.

If you want to get more POE Orbs to spend the early game, it is highly recommended that you buy Divine Orbs/Chaos Orbs/Exalted Orbs on our website. As a professional gaming currency supplier, the slogan of POECurrency.com is to always provide players with the cheapest price and the best quality service. Our professional team is always stand by to ensure that your order is delivered in the first time.

A Divine Orb is a currency item that can be used to re-roll the values of all random explicit modifiers on a piece of equipment. Divine Orbs are extremely rare currency items that can be dropped by slain monsters, chests, and destructible containers. They also drop from Arcanist's Strongboxes. They can also be obtained by selling a six-linked item to a vendor. It does not change a unique item's Style Variant (for example, Doryani's Invitation).

Divine Orbs re-roll the values of explicit values of modifiers. This can only be used on magic, rare, or unique items. Only the values of affixes that have a range of values will be randomized. A Divine Orb will not change the tier of the affix, it will only re-roll within its current tier. When a Divine Orb is used on a legacy variant of a unique item, affixes will re-roll to the new range of values. When using on a magic or rare item, the affix will re-roll assuming the new range of the same tier.

As you all know, POE Currency is related to a variety of orbs and scrolls, since Epic and unique POE orbs are important to conquer the raids or end-game bosses, you are recommended to purchase from reliable sellers.

Chaos Orbs are used for rerolling all modifiers on a rare item and buy low to mid tier items as the "sliver standard" in the player-driven economy.

Exalted Orb is a rare and high-value currency item to enhance a piece of rare equipment with a new random affix in Path of Exile.

It is recommended that POE Exalted Orb can be used more by experienced and old exiles, as it must be equipped with powerful affixes, but for starters, it is more worthwhile to sell for direct POE Currency.

How To Farm Divine Orbs?

In Path of Exile, players have many ways to get Divine Orbs. After the player kills the monster, Divine Orbs may drop in the loot. And, Divine Orbs may also be dropped from chests or destructible containers that can be seen everywhere in the game They also drop from Arcanist's Strongboxes and doing beastcrafting recipe, etc. But the chance of getting Divine Orbs through these ways is very low, that's why Divine Orb can be become one of the rarest currencies in Path of Exile.

There is a skill in Exile PoE Academy that I wanted to play for a very long time. It is sweep.

You may think it's not the best skill at the moment. Well, you're right. But paired with Whiteforge and Berserker, we can put out some serious DPS. I've spent roughly 50 Divine Orbs for the current state of the build, which grants about 18 million DPS. Fully buffed the build is not a full glass cannon. But be aware that you are not red class tanky as Exile as always. Below is my own build.

The build itself is not very complex and the basic idea is to use Voidforge to convert all physical damage to Elemental Damage and then scale physical and Elemental Damage as well as attack speed. You also want to scale a little bit of area of effect to make the clear speed. The only mandatory item for this build is obviously Voidforge.

I'd also consider an Abyssus Ezomyte Burgonet and the Interrogation Small Cluster Jewel as core items since they boost your damage drastically other than that you only need some Accuracy Rating on your gear. For example, on your gloves to hit the hit cap and that's it.

The next upgrade to consider would be a Warlord and Hunter Chest with additional occurs attacks have more base grid and -50 Mana costs to soccer load attacks. This will be one third of your final damage and costs around 5 Divine Orbs at current prices. If you buy the chest instead of crafting it on other rails, you mostly want Life and Resistances. You can try to get case resistance wherever you can and make sure to get high resistanse rolls because the build is a little bit scuffed on Resistances. If your budget is a bit tighter and you don't get as many Resistances on your rare gear, you can also skip the Circle of Guilt Iron Ring for now and replace it with a rare ring with a lot of Resistances. Your rare amulet is a nice source of cheap damage. When you get one with flat fizz crit and crit multi a nice quality of life feature of the build is when you get your Abyssus with an Endurance Charge on hit enchant for sweep.

The build also gains a lot from Luminous Vessel Large Cluster Jewels because they are notables, add a lot of damage and they grant many dual slots to build craves for Feed the Fury and Surefooted Striker, which are your best notable. So, try to get them on the side where you socket the Cluster Jewel into the tree. You could skip the Imbalanced Guard, Impossible Escape Viridian Jewel and that will also cut down the price of the build by almost 50 percent.

But you also lose quite a bit of elemental, all resistances and some damage. So, I strongly advise against it a decent Lethal Pride Jewel will add a lot of damage. You also want to wear the Forbidden Jewels, which grant right off Rune. However, this is not mandatory and if you're a budget you could also just use Regular Gems with decent mods.

Let's talk about the skills. You are able to use two 6-Links in this build: one damage setup and one Aura setup with Enlighten player damage setup. You want to use a 20 quality sweep for more AOE. And if you feel that your damage is already sufficient, you can swap Elemental Damage for pulverize for even more coverage. Your Aura setup uses a mix of offensive and defensive Aura. Try to get Divergent Arctic Armour for more fist reduction. And anomalous position helps getting your hit chance to 100 more easily because you can level it higher. But alternatively, your gloves have to have more Accuracy Rating. I'm at 33 unreserved mana and it makes a playstyle a little bit jerky. Sometimes, you also want to be using Bloodrage to generate Frenzy Charges while mapping and during Cry can go on left click.

If you are lazy like me or you can use it as another health potion on another button, now you've come to the real interesting part. The build feels great, but it really needs some time to ramp up especially on boss fights where you can't attack before the boss spawns or when you die. Then go out back in you will need a lot of time to ramp up your Rage whether it's charges and ailments, such as Scorched and Brittle. And this will result in much less damage in such scenarios if you compare a fully ramped versus starting to ramp.

You can see that the DPS number goes down from 18 million to 4 million still decent but also less than a quarter of what the build is capable of you won't really notice this in maps. But again it doesn't feel very good for bossing. I had no issues though in the Sanctum because apparently the live total is just lower than in the real end game content. The build is okay. It is not the tankiest build but leap slamming into packs kills many mobs already and stuns to survivors for a short duration giving you enough time to swipe them away. However, especially either of world tentacle mobs can be dangerous if you don't position yourself correctly. All in all, I think this was a fun project and the top end damage almost feels ridiculous but the ramp up time is a big bummer.

Path Of Exile is a Diablo-like free-to-play game.Since its release in 2013, it has been continuously updated, so more and more new players have joined the game.As the game fans increases, more POE Currency is demanded and POECurrency.com came into being to provide a suitable platform for players who want to buy POE Currency.

POECurrency.com, as the No.1 seller of POE Currency, is trustworthy.Our service purpose is to consider everything for the benefit of customers, and we have been trying our best to do our best.Cheapest POE Currency and fastest delivery have always been our biggest advantages. Come here to buy POE Currency with great discount quickly!

And because of these advantages, we have received countless praises, and our customers have benefited from our economies of scale. In the current chaotic market, we can 100% guarantee that all POE Currency For Sale are legit and you can access the secure online payment system to buy POE Currency.

POECurrency.com is a professional website with years of history.In addition to Cheap Path of Exile Currency and instant delivery, considerate customer service has always been our principle.No matter what information you want to consult or which platform you want to buy POE Currency for, you can contact our staff at any time, because they are online 24/7, we are always waiting for your visit.

If a serious problem occurs when players buy POE Currency, we will do our best to make up for the loss for our customers to ensure that you have the best experience and look forward to your next visit.