Path of Exile: Something You Should Avoid in 3.19

Today let us talk about the things you'll probably want to avoid in Path of Exile, even though they might look really strong, in fact they can end up being insanely good, but I'm gonna advise against them because there's a big chance you'll end up not having fun, and your league start might be ruined.

First one maybe a little contentious, Sunblast trappers, specifically anything that is not Lightning trap. Sunblast was going to be over powerful, and it's still really strong even though they already nerfed it. However, the delay is much more detrimental than you might think, they took away all the other sources of reduced trap duration, so you have to throw the trap and it just sits there just for a second, in that second if the enemy walks away from the trap, you're gonna be sad. Something like lightning trap, the coverage is good enough that everything gets hit anyway. However, AOE base traps you might just straight up waste a lot of the time with sunblast. You also lose the ability to pre-lay your traps, so you probably even won't be able to kill bosses. 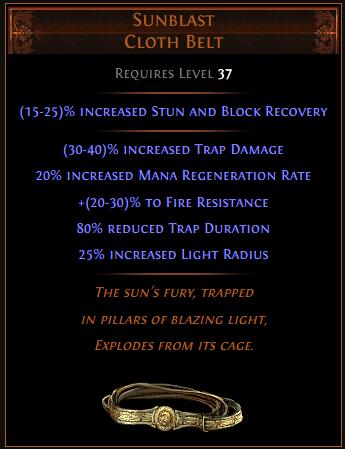 Secondly, Lightning Conduit. I'm sure a lot of people are going to want to play it since it's the new thing, but maybe don't do it on league start, save it for later. The damage numbers look pretty good on paper, however it's a two button skill, you might be thinking it's just like Detonate Dead, and DD was super OP because it gave you so much damage for free. However, DD was ignite based so you can get good damage up time without constant casting. You guys remember the Hex blast incident? A bunch of people got baited into playing hit based hex blast, and had a horrible time. I'd liken the lightning conduit to this, so I guess be careful if you really want to start it, maybe play an inquisitor so you can pivot to spark in case if it doesn't work out. 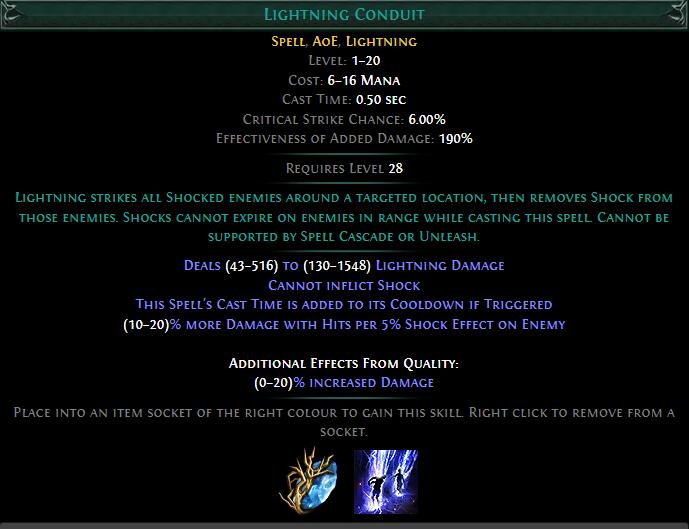 Avoid having to spam alternate casting two skills, which can make the build feel a lot more clunky, and actually lower the dps, especially if you have higher ping. Actually it might be worth to try Storm Brand to constantly apply shock, you can just keep holding down lightning conduit. You'll probably want a lot of shock and ailment effects though, since Storm Brand doesn't hit very hard.

The last ones may be a bit of a cop-out, but don't force yourself to play something you don't like. You've probably noticed I mentioned playstyle a few times, now I think how a build plays mechanically is super underrated, especially in a league start setting. People often look for the most powerful builds I'm of the opinion that it doesn't matter a build has insane numbers, what if it feels like complete shit to play or if you're not having fun, then what's the point?

Overall the updates of 3.19 brings a lot of changes in to the game, you can check more inform of in Poecurrency.com, by the way if you want to buy POE Currency, our website could be your best assistance with cheap price and reliable sellers. Come to Poecurrency.com and start buying now!