Some Highlights From POE The Forbidden Sanctum

Just a few hours ago, Grinding Gear Games finally revealed the mystery of the latest roguelike expansion Forbidden Sanctum in a livestream. Next, I will focus on picking some key points to talk about.

If you enter Forbidden Sanctum, your characters will be thrown into the foreboding depths of its titular dungeons. Specifically, these dungeons will be spread across four floors. All you have to do is run back and forth between the four floors to make sure your characters survives as long as possible.

*Each of the four floors has a boss waiting for you to defeat. But in reality, they don't cause you too much trouble. While you're running, you'll also inadvertently enter what Grinding Gear Games's CEO Chris Wilson calls an "affected" room. This is your big problem. At first, your characters will likely suffer only minor and major pain when entering these rooms. You just need to find boons of varying strengths to balance or counteract these pains. However, as you keep running, these pains will continue to accumulate on you. Therefore, the further you run, not only will your condition become worse and worse, but the challenges you face will also become more difficult.

Grinding Gear Games also stated that the expansion was delayed until December because they were influenced by a bunch of different roguelikes when designing Forbidden Sanctum, including The Binding Of Isaac and Rogue itself. Fortunately, they overcame many difficulties and added many new elements to Forbidden Sanctum. 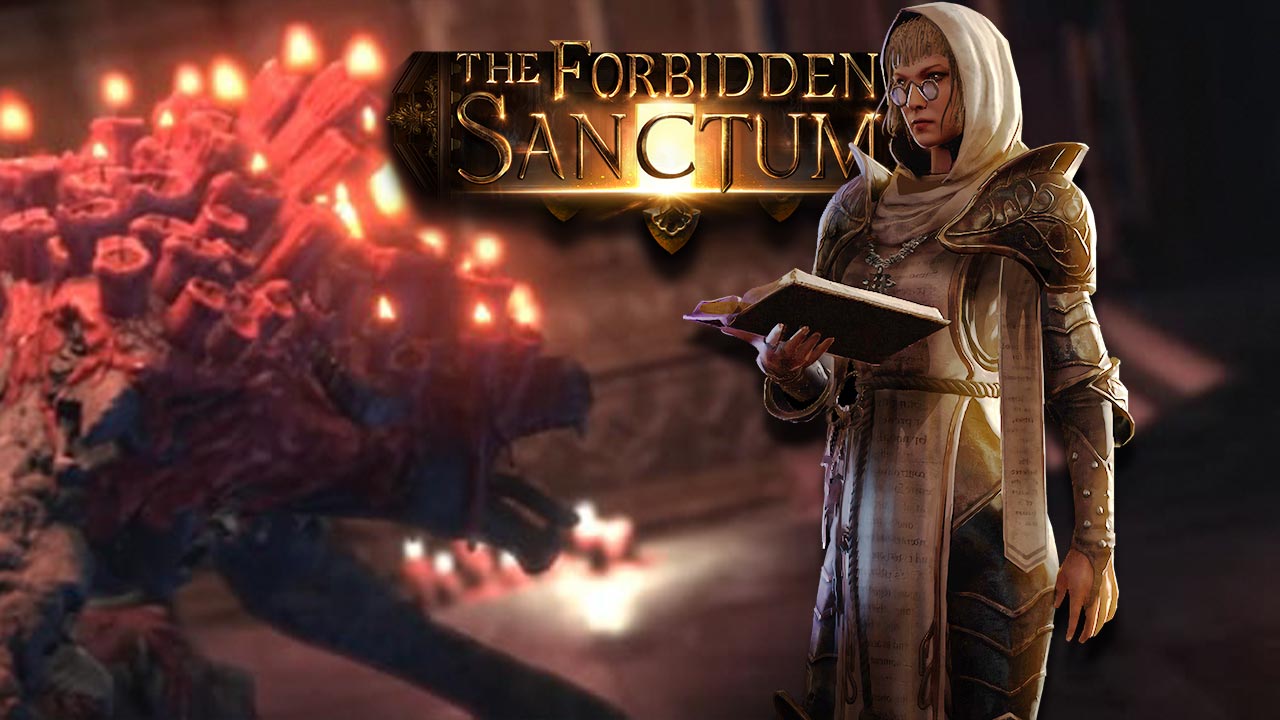 *When you run the dungeons, you also face choices. That is, do you accept the reward directly, or do you wait until you defeat a floor boss and win to get a better reward. In order to maintain the roguelike experience for players, Grinding Gear Games has decided to link the powerful relics you encounter in the game to your account and make them untradeable. There is also a special altar that your characters will encounter while exploring the Sanctum. You can put one of the relics you got earlier on top of it so the altar won't disappear when you crash out of a run. In all previous Path of Exile expansions, the final bosses you've encountered have been terrifying, and Forbidden Sanctum is no exception. However, as long as you can beat it, you have a chance to get a lot of unique items.

*In addition to the content mentioned above, Forbidden Sanctum has also rebalanced some endgames and redesigned the Atlas passive skill tree. When this new expansion is officially released, Grinding Gear Games will also launch an alpha version of the Ruthless mode designed for veterans.

In a few days, December 9th to be exact, Path of Exile The Forbidden Sanctum will be officially released. If you want to continue to stand out in the new expansion, then you can prepare some POE Currency in advance. With sufficient POE Currency, you can quickly level up, fight monsters, challenge bosses, and complete tasks. All in all, POE Currency is your good choice!

Next: Significant Notification on POE 3.20 Ruthless Mode
Previous: What You Need To Do Before POE The Forbidden Sanctum Livestream Starts?