Adjustments To Eldritch Altars In Path Of Exile 3.20 Expansion

First, the rewards players get from Eldritch Altars, maps, gems, unique items and influenced items being removed entirely from its reward pool will be less and less. According to this, Grinding Gear Games explains it like this. They believe that, for now, the Eldritch Altars are too rewarding. And Eldritch Altars will act as a disincentive to any out-of-map play unless they are comparatively rewarding. Therefore, the team has slightly nerfed the total rewards for Eldritch Altars.

Second, Grinding Gear Games also plans to adjust Eldritch Altar rewards. They said that there is a very bad atmosphere in Path of Exile now. That is, in order to obtain more valuable rewards, most players often choose to kill the map boss first and skip all regular map monsters. Their goal with this adjustment is to prevent boss rushing and encourage players to spend some time taking down regular mobs as well. Another reason is that Altars which offer rewards affecting the map boss are less desirable. So, in the new expansion, as long as the player kills the boss first, these options in the map altars can be eliminated, making the map altars more rewarding. 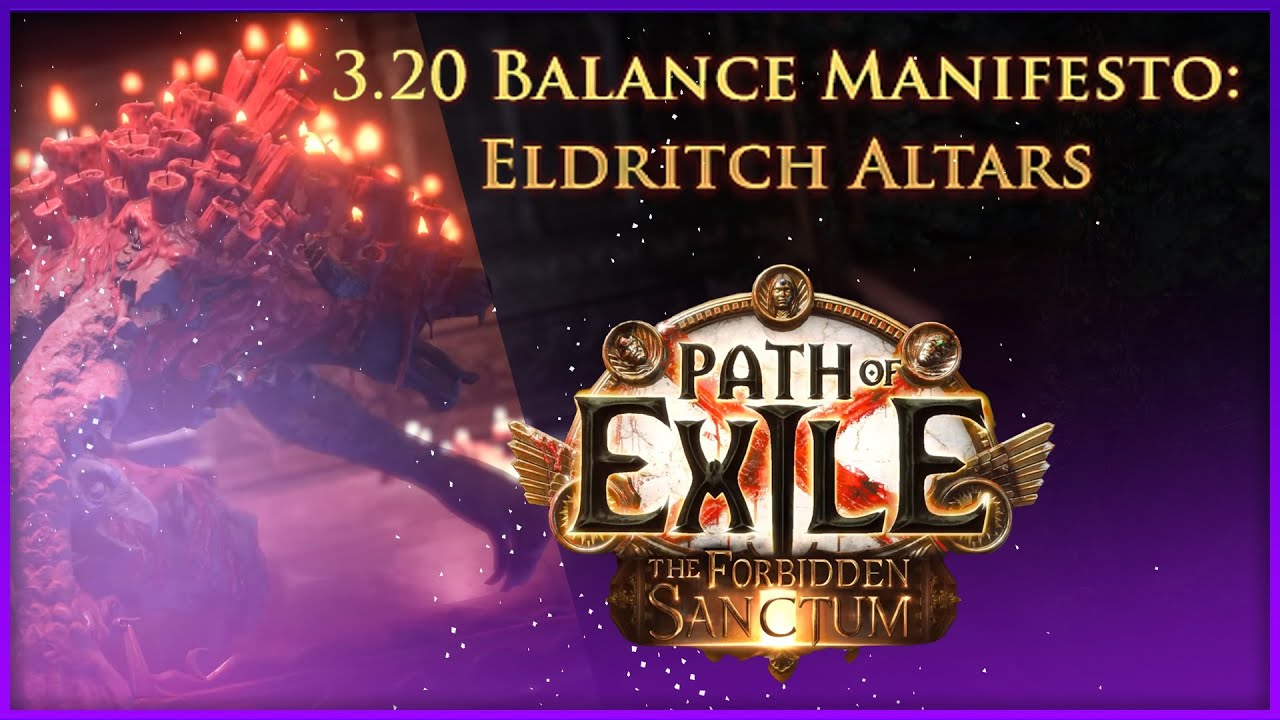 The above mentioned situations are generally caused by players focusing too much on the most effective and most valuable game strategy, which destroys the expected game loop. That's why Grinding Gear Games is encouraging players to do things that aren't really fun in the new expansion.

Of course, in order to achieve the effect of encouragement, they are making some numerical changes to Altar rewards. In this way, players will get more valuable rewards for choosing Boss Drops or Influenced Monster Drops in the new expansion. Although Boss Drop rewards are on average slightly higher than Eldritch Minion rewards.

In addition to the tweaks above, Grinding Gear Games will reduce the number of Influence Packs spawned in the Eldritch map and plan to redesign the Wrath of Cosmos keystone to be more challenging, but less rewarding.

All of the aforementioned changes are designed to force players to play the Eldritch-influenced map the way they were intended, and will be deployed alongside The Forbidden Sanctum expansion, which will launch on PC/Mac on December 9 and on console on December 14.

That's all for this article. If you want to level up quickly in Path of Exile 3.20 expansion or want to kill monsters quickly, then your wisest choice is to buy POE Currency here. Here, you can not only enjoy the best price, but also experience the best quality services. Come and buy now!

Next: A Complete Guide For Crafting In Path Of Exile The Forbidden Sanctum
Previous: Path of Exile's Third Event in November 2022: Delirium Everywhere