Not long ago, Grinding Gear Games just released a brief trailer. The trailer reveals the name of the Path of Exile 3.20 expansion as The Forbidden Sanctum. At the same time, it also revealed that the new expansion will be released on PC/Mac on December 9th and on consoles later on December 14th. 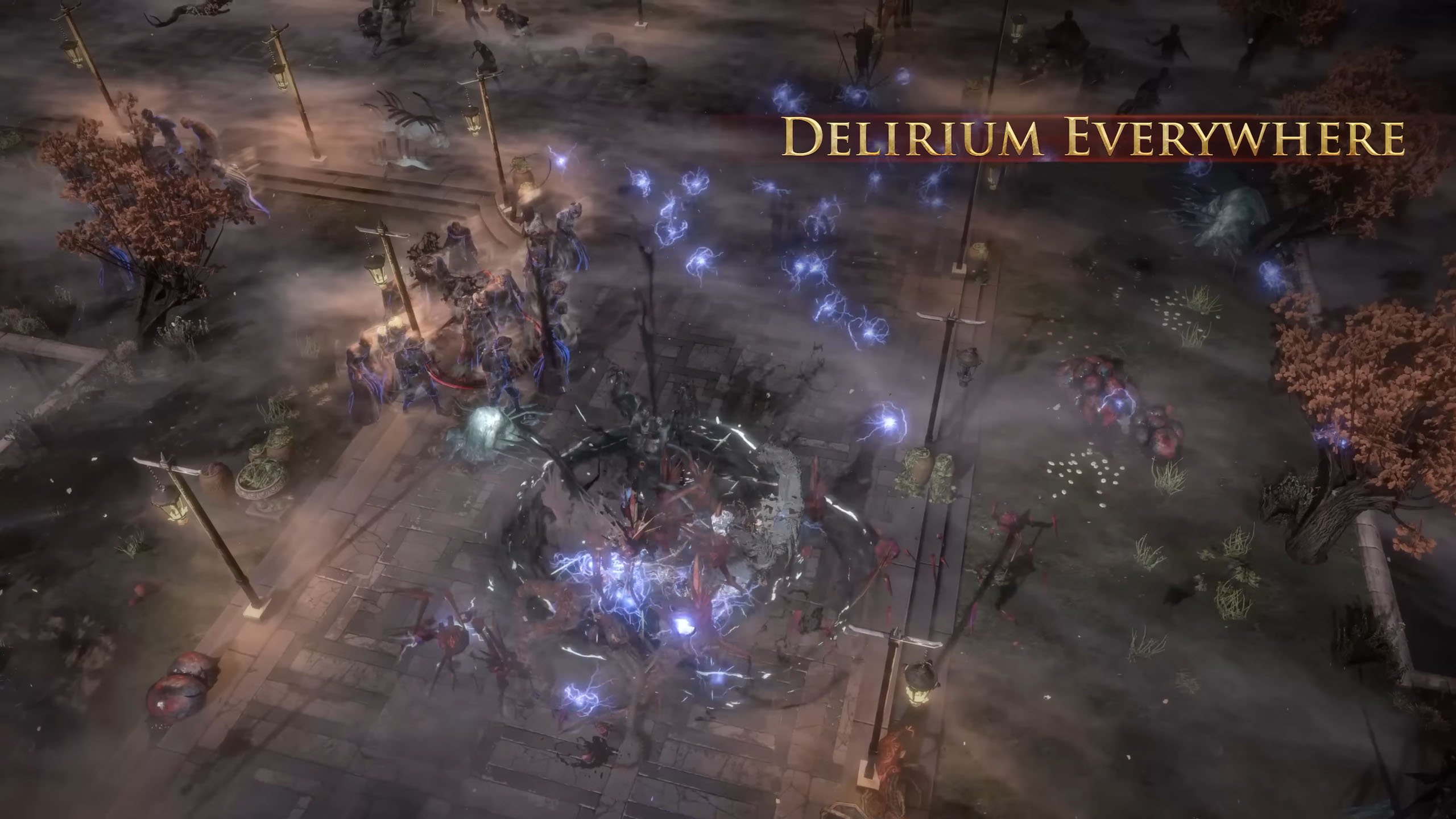 The event will run from November 21st at 12:00 PM PST / 3:00 PM EST until November 28th. Throughout the seven-day event, players will be on a map completely shrouded in fog. This fog is not simple. It will produce a Delirium effect from 10% to 100%, and the effect will be scaled by area. Specifically, the minimum and maximum levels of the Delirium effect vary with the level of the zone. That way, some lower-level encounters won't be incredibly difficult, and higher-level encounters won't be super easy.

There are the following four versions in Delirium Everywhere, and each version has its own ladder, you can challenge different versions according to your own strength or preference.

In order to increase the maximum amount of Delirium that can be released in different regions, this event has some content changes compared to the previous ones. Early in the campaign, for example, there will be fewer things at your disposal. At the same time, each of your acts will have a cap. The purpose of this adjustment is to avoid making certain encounters unpassable due to Delirium.

There are three events in November this year: Mayhem, Endless Delve and Delirium Everywhere. As long as you reach level fifty in two of these events, you're entitled to the Kalandra Mystery Box, which contains shop items guaranteed not to be duplicated. However, you should pay attention that you can only get two Kalandra Mystery Boxes from these three events.

That's all for Delirium Everywhere. If you want to know more about Path of Exile 3.20 expansion, you can follow this website. We'll update news as soon as Grinding Gear Games reveals something about it during a live stream. In addition, you can also buy POE Currency a lot with cheap price here. Sufficient POE Currency can help you buy excellent equipment and items in the upcoming PoE 3.20 expansion, and can also help you level up and battle monsters. In short, it is a wise choice to prepare POE Currency in advance.

Next: Adjustments To Eldritch Altars In Path Of Exile 3.20 Expansion
Previous: Controversial Archnemesis System Will Be Removed From Path of Exile 3.20