Hey guys today let's talk about one of my favourite builds, Volatile Dead Spellslinger Inquisitor in Path of Exile 3.19, there's a lot of little important things in this build, generally speaking they increased a bit more Volatile Dead Spellslingers' damage in this patch, but the removal of the Reservation Mastery hits one of spellslinger's existing pain points. Reservation is kind of rough on builds that require multiple spellslinger setups, the Corpse Life nerfs on top of that also make this style of spellsinger harder to do in 3.19. 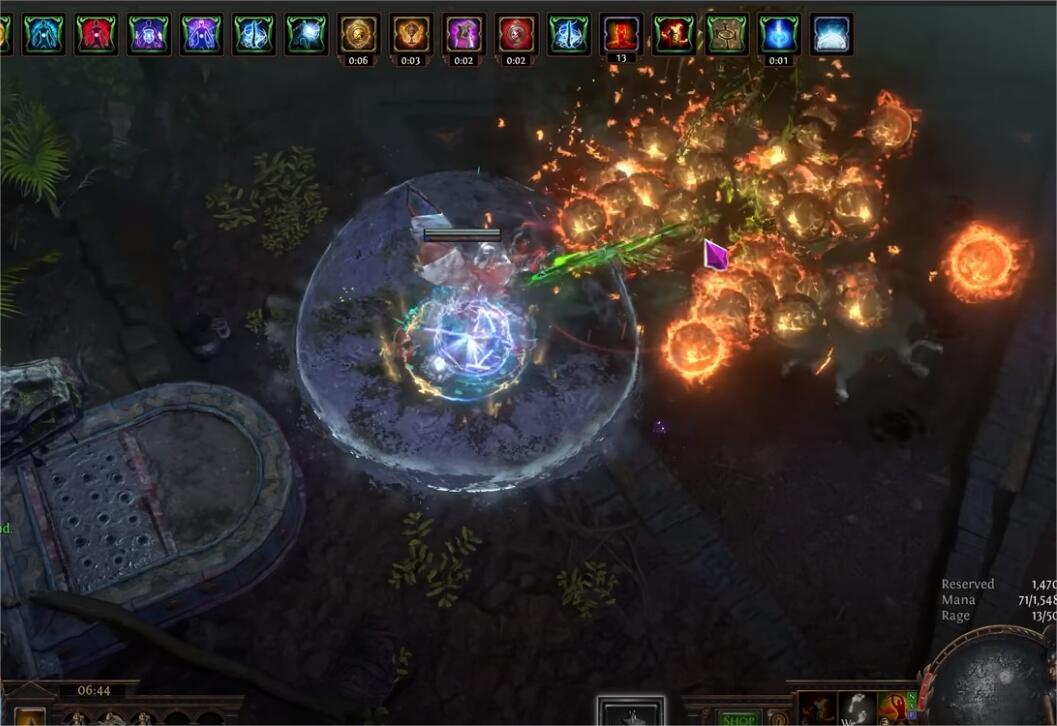 But this build has mostly generic spell scaling, so you can probably slot in any spell you like, I went for Volatile Dead because the play style is so comfy and the spell scaling on it is actually not that bad. Detonate Dead on the other hand has more of its damage built into the corpse explosion, which isn't scaled by spell modifiers, but it works well with the spell Cascade that we're already using for Volatile Dead, and mapping feels a lot nicer when you have something with instant damage. Volatile Dead has a little delay before the balls start moving and since we're not really scaling the initial corpse explosion part, it can feel awkward just waiting for the balls to move, not to mention the faster you kill something, the less time it hits you back.

Mapping is really nice, since it's pretty much a one button build berserk, which we have on our left click makes you run really fast. And you only need to use flasks once at the beginning, we attack really fast too. Since we're using faster attacks in our frenzy setup, so for mapping the more attack speed the is better, because we'll be moving in between every cast. If you want to go faster, you can actually cancel the barrage animation with a movement input, so instead of just holding down left click or whatever you have your movement key bound to, let go of it when you use frenzy, and press it again to cut the animation short.

For anything a bit tanky monsters, you can pop frost shield and right click it to death; for particularly spooky essences ones you might need to kite it; for bosses you can swap the quicksilver flask for a sapphire flask for the less cold damage taken, you can keep the quicksilver for things that don't have cold damage. we'll also be swapping out faster attacks for culling strike, and increased aoe for Concentrated Effect. Awakened Elemental Focus might seem like more damage, but with Spell Cascade Support, Concentrated Effect seems to let you get more overlaps with DD. 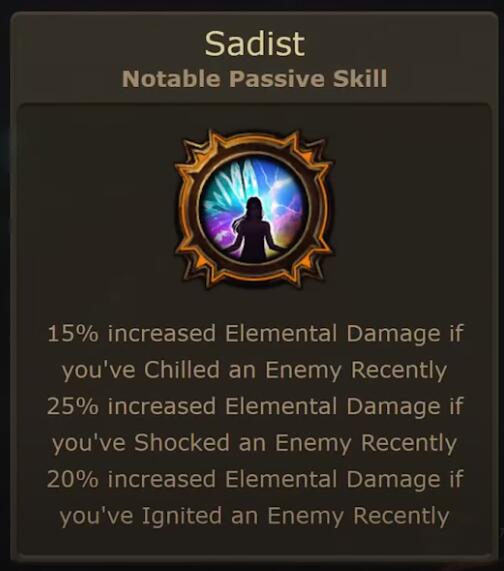 That also allows us to use Sadist for 60% increased damage, since we'll be able to apply ailments. For the Uber Bosses I opted to manually cast berserk, so like for Uber Shaper Bullet Hell phase, I pop berserk for the damage reduction and I haven't died once in that phase ever, since the move speed from berserk is really helpful as well.

If you want to know more about POE 3.19 updates or want to buy POE Currency, Poecurrency.com is your best web to pick.

Next: What You Must Know about Path of Exile Trading: Three Points
Previous: Path of Exile: How to gear up Lightning Arrow Build