By convention, Grinding Gear Games, the development team of Path of Exile, releases a balance declaration about new content in advance every time before the release of new expansion. This time, with the release of Path of Exile The Forbidden Sanctum looming, Grinding Gear Games has released three balance manifestos covered Jewels and Ailment Mitigation, the replacement of Archnemesis modifiers and Eldritch Altars.

Yet just yesterday, November 28, Grinding Gear Games released the final 3.20 manifesto. It mainly talks about changes to Curses and the goal of making their effects more balanced on different rarities of monsters. In this balance manifesto, it highlights everything for Hexes, from changes, to new balance tweaks, and reworks.

Overall, the changes to Curses revolve around making some big changes around the game, the meta shifts that have occurred, and other changes that Grinding Gear Games has been working on. In addition to highlighting the changes in Curses, the balance manifesto also more or less revealed in the process of describing that Hexes will be a new content introduced in the upcoming Path of Exile The Forbidden Sanctum.

To further simplify the Hex system, Grinding Gear Games has removed the Doom mechanic. However, this action does not mean that all content related to Doom mechanics will be deleted. Instead, the team will be redesigning anything related to Doom to retain some of its good features. Of course, the reason why Hexes were introduced in the new expansion is also because of their uniqueness. Compared to Doom mechanics, Hexes will be more effective against unique monsters or bosses, and at least twice as strong against pinnacle bosses, but are weaker against regular monsters. 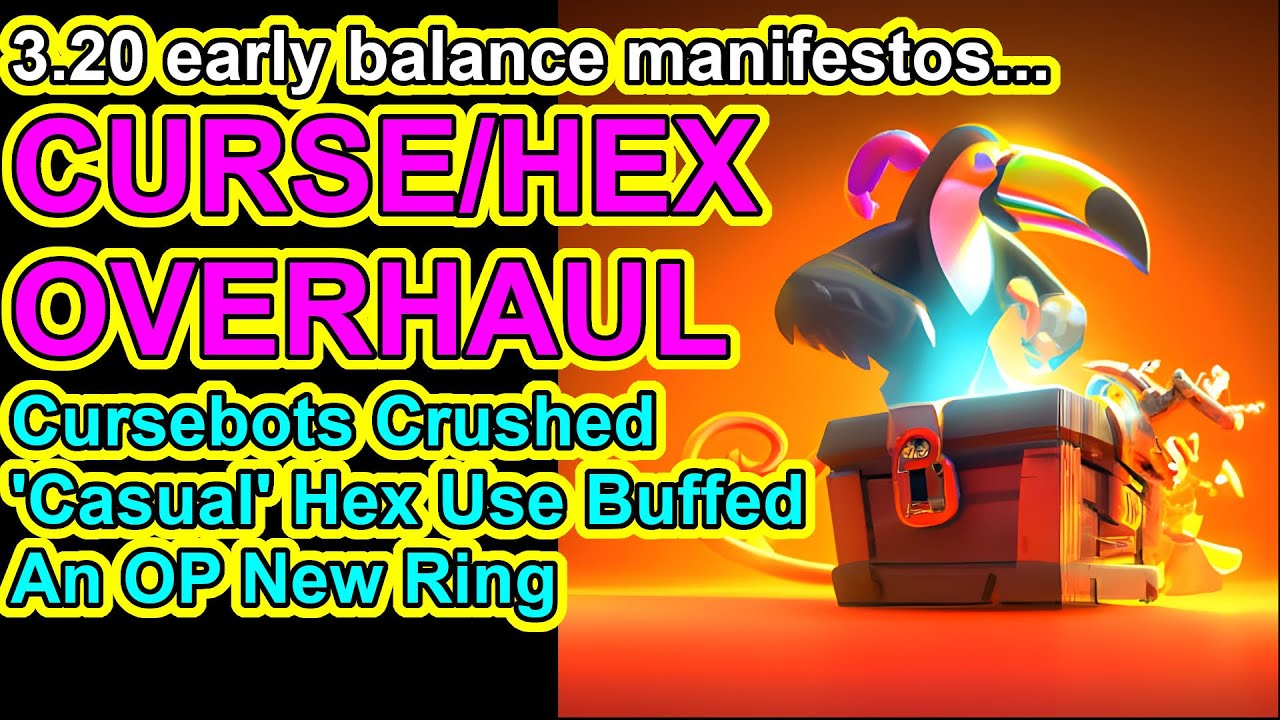 In addition to the Doom mechanic, some other mechanics such as Enfeeble and Temporary chains have also been reworked or buffed. At the same time, Hex Gems are being reworked to keep their self-cast viability.

The reason why the Doom mechanism was removed was also to ensure the effectiveness of the game. One of the important reasons is that it adds a lot of unnecessary complexity to hex-related mechanics.

All in all, the changes to Curses mentioned above are hoping that the introduced Hexes can be adapted to the various playstyles in the new expansion.

That's all for this article. With the release of the final 3.20 manifesto, it means that the release of Path of Exile The Forbidden Sanctum is approaching. If you want to continue to stand out in the new expansion, then preparing POE Currency in advance will be your best choice. Luckily, you can buy POE Currency a lot with cheap price right here. Come and buy now!

Next: How To Earn Twitch Drops In Path Of Exile The Forbidden Sanctum Livestream?
Previous: Quick Guides on Curses Manifesto in Path of Exile 3.20 Expansion