Hey guys, today I would like to tell you about the Ice Trap Assassin build in Path of Exile, I wanted to make a character that can kill Uber bosses to complete a challenge and also wanted to farm the Maven, the Shaper and Maven's invitations. As you may have noticed this build perfectly copes with these tasks because we have just an insane amount of DPS, at first I wanted to make a build with an explosive trap, but then I found interesting options with an ice trap, and decided to stop at this particular skill, tell you about it and explain how we get such a huge amount of damage.

I'll start with power charges, in this build we have 11 of them three by default, additional three we get from the skill tree, 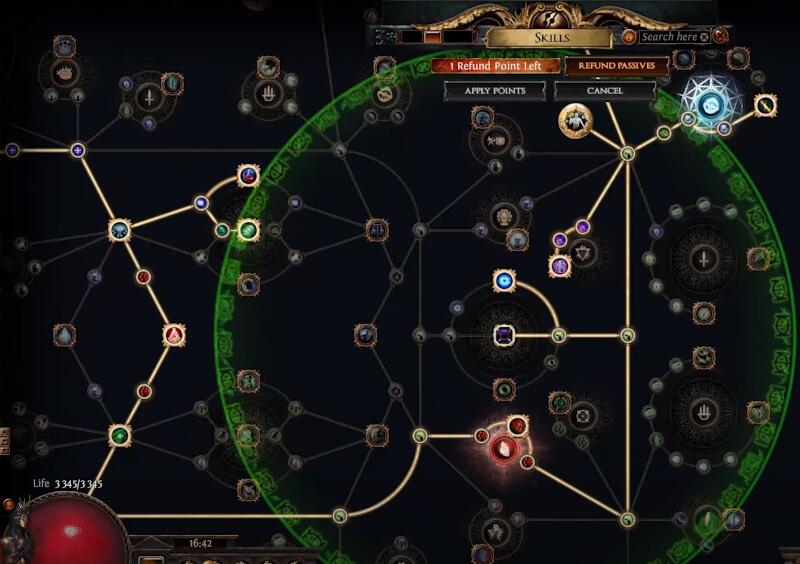 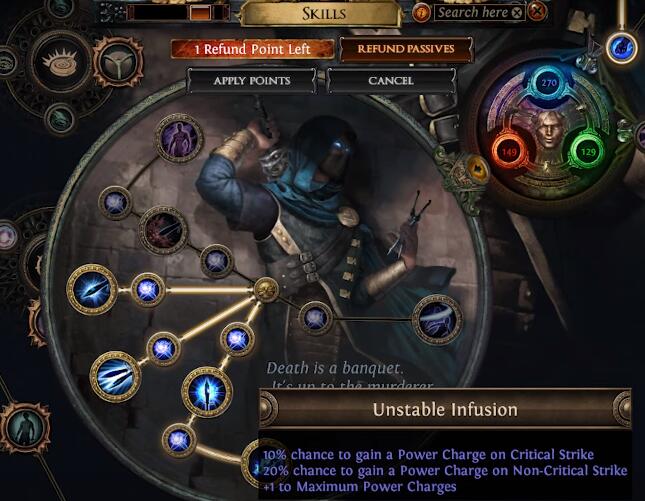 another three from items, 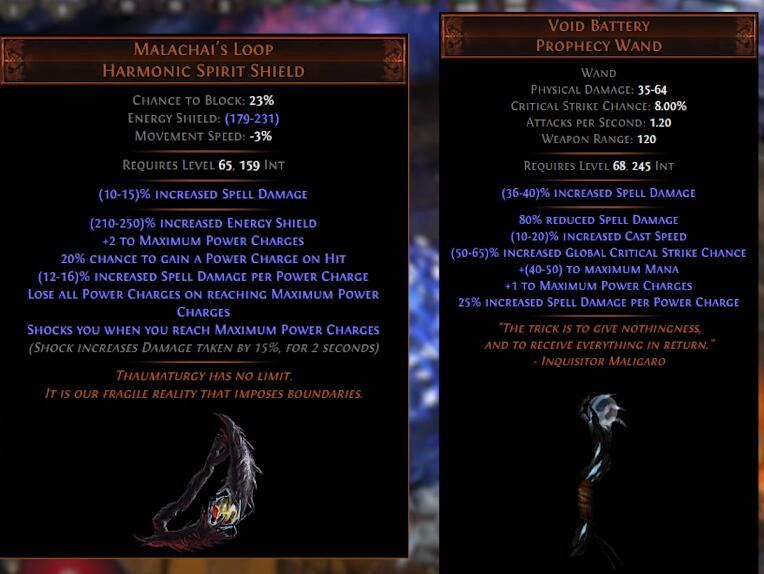 and the last one is corrupted implicit modifiers. 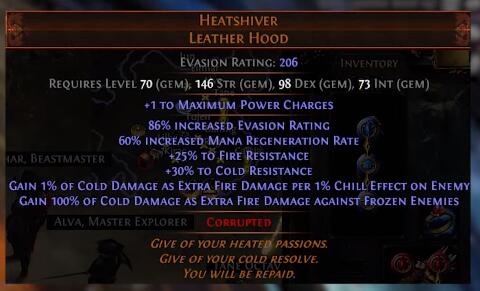 Then we need items that increase our damage for each power charge plus Badge of the Brotherhood, which will allow us to get 11 frenzy charges.

Now we need to find a way to get 11 power and frenzy charges very fast and that's where another Unique Item comes in, Ralakesh's Impatience, which gives us a maximum of power, frenzy and endurance charges while we are stationary. But this is not a big problem for us since we use traps, we just place our traps, stand still and watch how the boss will be destroyed in seconds.

With all these unique items are 11 power charges give us a huge amount of damage, on top of that Heatshiver actually doubles damage, because the action speed of bosses cannot be reduced to zero. but they are still counted as frozen, in addition to this items we used.

Slavedriver's Hand to solves our mana problem and gives this trap throwing speed for frenzy charges.

Arn's Anguish gives us brutal charges instead of endurance charges, and a 15% chance to deal triple damage.

Militant Faith plus Inner Conviction for more spell damage and it is the best way to increase our damage.

As a result, each of our traps does almost 9 million damage and we can have 24 of them at once. Our skill DPS is around 40 million and that's not counting flask and some other factors, so it will be much higher in the game up to 70 million DPS, crazy numbers for me.

But in addition to the high DPS, which is the main advantage of this build, it also has weaknesses. Our main goal is to kill bosses quickly, so mapping is not the most comfortable and easy. If you want to do some maps you will need to make some changes in this build. Also we have very bad defense, but if you are a good player you can kill all bosses deathless, if you are an average player like me, you will need several portals to kill some Uber bosses. So if you want to farm bosses while scrolling videos on Tik Tok, then you need to look for another build because this will not work for you.

Additionally I want to say a few words about leveling, at level 12 I take the Lightning Trap, at level 32 you need Bitterdream, with Ice Trap and Bitterdream you will easily kill almost all the bosses. After completing the campaign, you can only use the Ice Trap, I also recommend starting with Saboteur Ascendancy because it goes better for maps, and fast level ups, at level 90 change to Assassin and switch gears for killing bosses.

More interesting builds in you can find in Poecurrency.com and you can also buy POE Currency in cheap price here.