POE 3.17: Siege of the Atlas Will Introduce Unique Items

On January 27th, GGG will announce related content about the Siege of the Atlas. To attract players' attention, they are also constantly revealing some info, including some uniques of 3.17, including new items and something that are getting reworks. POECurrency.com will list upcoming items and those getting changes.

Siege of the Atlas Unique Items

Melding Jewel of the Flesh 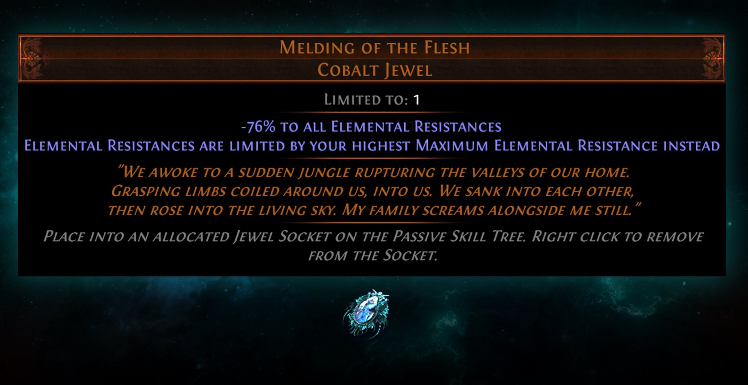 This new amulet gives you a chance to gain extra 12 points for all attributes, in addition, it adds modifiers to Omniscience, +15 to elemental resistance per 10 omnisciences, as well as 1% penetrate and attribute requirements satisfied by 23% of Omniscience.

Once new items appear, POECurrency.com will also launch new products as soon as possible, you can still come here to buy POE Currency you need.

The rework of Dancing Dervish is also part of Siege of the Atlas. Dancing Dervish now has a lot of stats, including weapon range, APS, Crit, damage and additional stats. The weapon can trigger an effect at lvl 15 Dancing Dervish, which disables weapon slots, and one effect is Rampage. Weapons are used by players as the primary damage tool, but the real mechanics remain to be seen.

For more related content, you can follow the Siege of the Atlas stream on January 27, and POECurrency.com will also keep an eye on it.

Next: POE Siege of the Atlas: How Does Omniscience Work?
Previous: Path Of Exile: Don't Get Caught Playing Without These Addons